Katy started writing and performing at home and at school when she was very young. Her first memory of making someone laugh was doing an impression of Margaret Thatcher for one of her dad’s work colleagues – she didn’t know who Margaret Thatcher was, but she knew she had a silly voice and that was enough for Katy Katy went to Oxford University to study Theology, and there joined OUDS and the Oxford Revue, writing and performing comedy, musicals and straight plays.
In 2004 Katy wrote her first comedy monologue, booked herself a few open spots in pubs in London and got the chance to join a group of sketch comedians to write and perform a weekly live sketch show at the Ealing Film Studios, called Ealing Live! In 2005 Katy performed her debut Edinburgh show ‘Celebrities Are Gods’ to the Fringe, which was immediately (and fortuitously) picked up for a Comedy Lab for Channel 4 (‘Slap’). This later became the award-winning ITV sketch show, ‘Katy Brand’s Big Ass Show’, which Katy devised, wrote and starred in. It ran for three series, and later became a nationwide live tour.
She won a British Comedy Award for the show in 2008, and was also nominated for an RTS Award. During this period, She also wrote ‘Mouthtrap’ with Katherine Parkinson which ran for two series on Radio 4. The pair also performed in the show.
Since then Katy has written for and appeared in numerous radio and tv shows, from Radio 4’s News Quiz to Channel 4’s Peep Show. She has also script edited ‘Katy Brand’s Christmas Cracker’ for Sky and ‘Common People: Eleanor’ for Baby Cow and Sky Further writing work includes developing a feature script ‘Settle Down’ with Emma Thompson with funding from the BFI and Scott Free and as a result of this, script work for others including most recently Vertigo Films, and Fudge Park (the company owned by Inbetweeners creators Iain Morris and Damon Beesley) on their feature ‘The Festival’.
Acting jobs cover a wide array of TV, Film and Radio shows, alongside regular live work. These include ‘Nanny McPhee and the Big Bang’, ‘Peep Show’, ‘Grandpa’s Great Escape’, ‘Annually Retentive,’ ‘Mongrels’ and ‘Psychobitches’. In 2016, Katy took her first stand-up comedy show ‘I Was A Teenage Christian’ to the Edinburgh Fringe (‘intelligent story-telling…she makes us hang on her every word’ – The Times; ‘The church’s loss is comedy’s gain’ – Evening Standard) and later toured with it nationwide. She returned to the Fringe in 2017 with the follow-up show, ‘I Could’ve Been An Astronaut’ (‘Laugh out loud funny’ – The Skinny).
Her debut play ‘3Women’starring Anita Dobson opened at Trafalgar Studios 2 in May 2018 (‘it has heart and lots of laughs’ The Daily Mail, ‘sharp and convincing’ The Guardian, ‘witty and insightful – I really recommend this’ Woman’s Hour BBC Radio 4), and is published by Samuel French.
Her debut novel ‘Brenda Monk Is Funny’ (essential reading – Irvine Welsh) was published by Unbound in 2014 and her new book ‘I Carried A Watermelon’, part memoir-part homage to ‘Dirty Dancing’ was  published by HQ Harper Collins in October 2019. Katy presents ‘The Origin of Stuff’ on BBC Radio 4, a show which looks at the history, science and design behind everyday objects and hosts the Penguin Podcast where she interviews leading authors about their latest book. 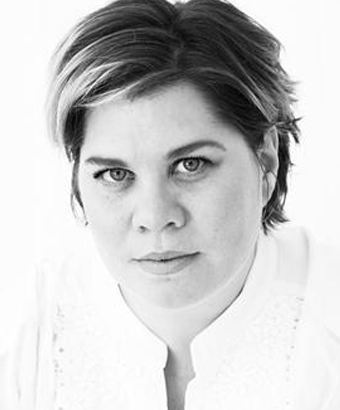