Rufus Hound is an award winning actor, presenter and comedian.

Rufus’ extensive list of stage credits include the lead role of Freddy in the original West End production of ‘Dirty Rotten Scoundrels’, Francis Henshall in ‘One Man Two Guv’nors’ at London’s Theatre Royal Haymarket, Toad in ‘Wind In The Willows’ at London’s Palladium and more recently Sancho Panzo in ‘Don Quixote’ at The Garrick, alongside David Threlfall.

Rufus originated the role of ‘Dad’ in the recent Royal Shakespeare Company original production of ‘Boy In The Dress’, which was met with critical acclaim.

On screen Rufus appeared as series regular Kevlar in Dave’s hit comedy ‘Zapped’ alongside Paul Kaye and James Buckley. He also took the series regular role of Duncan Trench in Sky’s comedy ‘Trollied’. His credits include Sam Swift in ‘Doctor Who’ (BBC), Cucumber (Channel 4), A Touch Of Cloth (Sky), and as the eponymous hero in BBC’s ‘Hounded’.
His film credits include ‘Beautiful Devils’, ‘Scottish Mussel’, ‘Keith Lemon: The Movie’, ‘My Big Fat Gypsy Gangster’, and the lead role of Raif in the Nigel Cole directed ‘The Wedding Video’.
He can next be seen as Mr. Cato in “Kat and the band”

Rufus lends his vocal talents as the voice of Borka in ‘Ronja The Robbers Daughter’, as Gilbert in ‘Sadie Sparks’ and as the title character of ‘Waffle’ in the BBC series “Waffle the Wonderdog”
As a comedian, Rufus was a regular team member on ‘Celebrity Juice’ (ITV) for 7 series, and has appeared on a multitude of British comedy shows including ‘Countdown’, ‘Dave Gorman: Terms & Conditions’ ‘Never Mind The Buzzcocks’, ‘Would I Lie To You?’, ‘8 Out Of 10 Cats’ and ‘You Have Been Watching’ to name a very select few

Rufus continues to host the multi award winning radio show ‘My Teenage Diaries’ which is now in it’s 9th series. 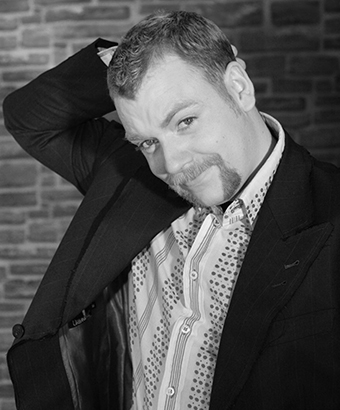