Bianca Del Rio (she/her), otherwise known as Roy Haylock (Roy/him), is a dimple-cheeked, larger-than-life drag queen and outrageous comic who isn’t afraid to shock and offend. When it comes to insult comics, Bianca is in a class by herself. Fierce, funny, and fabulous, she has sandblasted her name in the annals of pop culture on “RuPaul’s Drag Race.” Thanks to her snarky frankness, impeccable timing, and politically incorrect humor, she became the show’s breakout star, winning its sixth season. Dubbed the “Joan Rivers of the Drag World” (The New York Times), there isn’t anything Bianca is afraid to say. A self-professed “clown in a gown,” Bianca is quick to point out that she is the biggest joke of all. Bianca’s brand continues to expand with her recently launched makeup remover, The Bianca Remover, which is currently Amazon’s top selling beauty product. Among her many accomplishments, Bianca starred in the feature film “Hurricane Bianca” (2016) (available on Hulu), its sequel “Hurricane Bianca 2: From Russia with Hate” (2018) (available on Netflix), the Vimeo original comedy special “Rolodex of Hate,” and the Logo original television specials “Not Today Bianca.” Bianca has also taken her trademark wit and sharp commentary to the page in her book “Blame It On Bianca Del Rio: The Expert on Nothing with an Opinion on Everything” (Harper Collins 2018). Bianca made history in 2019 by being the first drag queen to headline Carnegie Hall and Wembley Arena, selling out both venues, with her stand-up comedy show “It’s Jester Joke.” She recently kicked off her fifth global stand-up comedy tour, “Unsanitized,” but will be taking a brief break from her tour to return to the hit musical “Everybody’s Talking About Jamie” in the role of Hugo/Loco Chanelle on it’s tour of the UK and Los Angeles. For all things Bianca, visit her website TheBiancaDelRio.com 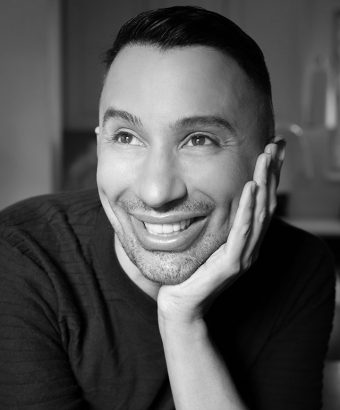