George found his passion for performing on the streets of Manchester, Market Street at the age of twelve where he would busk three times a week, he was spotted as an exceptional talent and encouraged to audition for Britain’s Got Talent. At the age of fourteen he rose to fame in 2008 after winning Britain’s Got Talent with his interpretation of Singing in the Rain.

Following the success of the show he went onto star in West End ‘Into the Hoods‘ and two National arena tours. George also starred as Eddie in the feature films Street Dance 3D and Street Dance 2 where he found his love for acting. He then went onto shoot 3 series of BBC drama Waterloo Road, playing bad boy Kyle Stack, in which one series won an NTA for Best Drama. Having found a desire for screen work, George began working on Mount Pleasant playing the role of Gary and also appeared on Emmerdale, as troublemaker, Ryan. In 2016, he starred on Britain’s Got Talent’s 10th year anniversary show and performed alongside Diversity. George played the main character Daniel in the short film, Daniel Thomas produced by East Heads Films Ltd in 2017. Throughout his career George has featured on television, film and numerous pantomimes and Easter theatre tours.

After the success on his musical theatre debut in Our House, combining his love for both acting and performing arts, George enjoyed playing the lead role of ‘Jack Trott’ in Jack and the Beanstalk at Ipswich Regent and on tour. He also performed as Prince George in Rapunzel which was shown at Bolton Albert Halls. He had such a successful run with his first Qdos pantomime at Lyceum Theatre, Crewe in 2018, he returned the following year for Qdos to The Hippodrome, Darlington to play Jack in Jack and The Beanstalk. In 2019 George appeared on Britain’s Got Talent: The Champions. He is now looking forward to playing the role of Dean in Everybody’s Talking about Jamie 2020 tour. 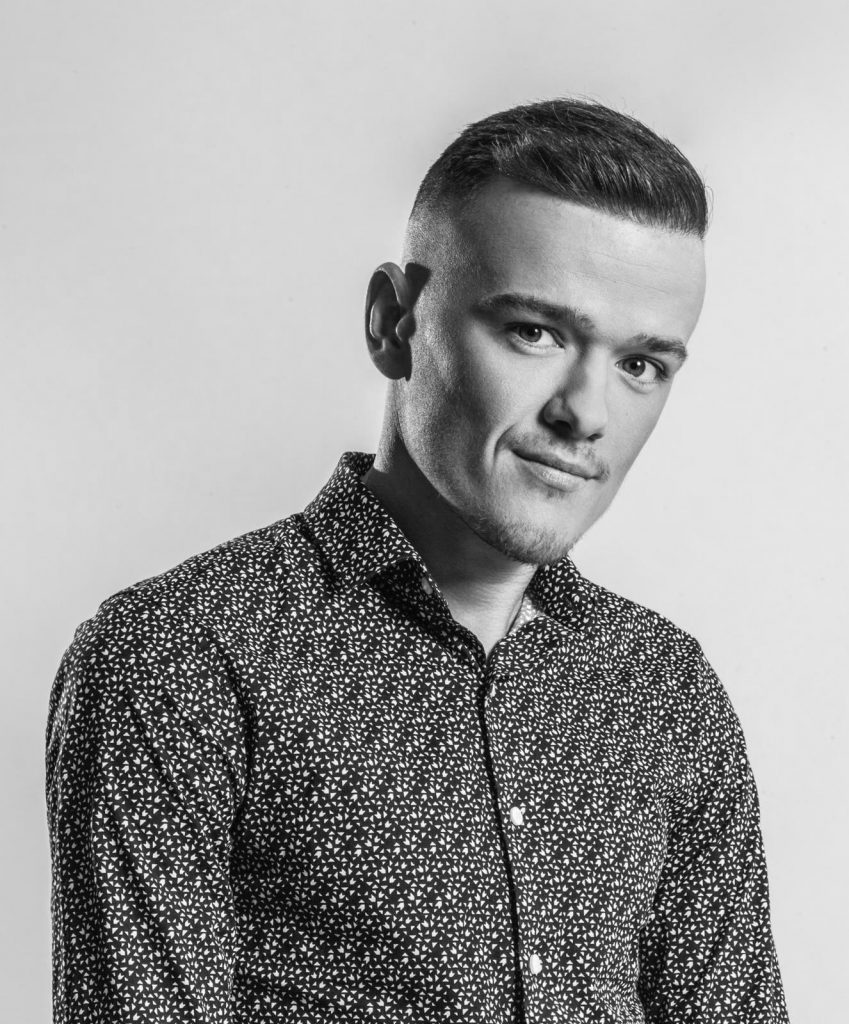