Bianca Del Rio was the season six winner of the hit TV series RuPaul’s Drag Race. A self-proclaimed “clown in a gown,” received the Best New Television Personality Award from NewNowNext in 2014 and made Variety magazine’s list of Top 10 Comics To Watch for 2015. The New York Times called Haylock the “Joan Rivers of the Drag World”, and Joan Rivers herself referred to him as “So funny! So sharp!”

Since winning RuPaul’s Drag Race, Haylock has completed four solo stand-up tours to sold-out audiences around the world, starred in two feature films (Hurricane Bianca and Hurricane Bianca: From Russia with Hate), and wrote his first book: Blame It On Bianca Del Rio: The Expert on Nothing With an Opinion on Everything.

As Bianca, he made guest appearances on MTV’s Mardi Gras with Britney Spears and Carson Daly and In Bed With Joan starring Joan Rivers, as well as starred in the LogoTV Christmas special Not Today Bianca.

On stage Haylock has had theatrical starring roles that include Angel in Rent; the Emcee in Cabaret; Miss Industrial Northeast in Pageant; and Miss Mazeppa in Gypsy.

Roy also made his West End debut in Everybody’s Talking About Jamie in 2019 in the role of Hugo/Loco Chanel.

Roy will appear as Hugo/Loco Chanelle in Liverpool, Hull, Brighton & Southampton only. 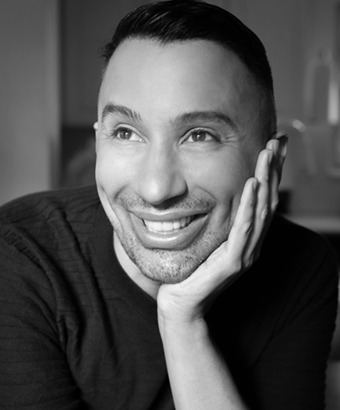